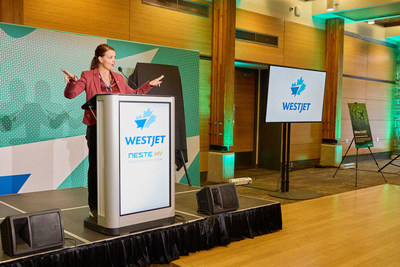 “We are thrilled that WestJet will be the first Canadian air carrier to operate a dedicated flight route using SAF,” said Angela Avery, WestJet Group Executive Vice-President and Chief People, Corporate and Sustainability Officer. “This is an integral step in decarbonizing Canada’s aviation sector and WestJet is committed to working alongside our partners to reduce our environmental footprint as we aim to drive greater awareness for the importance of a SAF ecosystem in Canada.”

Joined by stakeholders from across Alberta and Calgary, including Holly Waeger Monster, U.S. Consul General, George Chahal, Member of Parliament, Calgary Skyview, Alberta, Sonya Savage, Minister of Environment and Protected Areas for the Government of Alberta, Alberta, and Lana van Marter, Manager of Renewable Aviation, Neste. WestJet used the announcement to collaborate with key industry and government partners on the benefits of sustainable aviation fuel and the need for a Canadian production program.

As the first Canadian airline to significantly invest in SAF, WestJet purchased Neste MY Sustainable Aviation Fuel to fly 40 flights over three months from San Francisco to Calgary. WestJet’s immediate investment in SAF over the next three months will directly reduce greenhouse gas emissions on these routes by 186 tons, with the equivalent of more than 1550 out of 5300 guests onboard taking a carbon neutral flight enroute to Calgary.

WestJet is committed to achieving net-zero emissions by 2050. While widespread access to SAF is currently constrained by limited production and high costs, the airline’s newest SAF operated route demonstrates WestJet’s strong dedication to being a leader in advocating for this environmental solution that secures a future where SAF is the standard across the airline industry.

“Air travel is critical to the Canadian economy and for connecting Canadians across our vast country and with the rest of the world,” continued Avery. “With one of North America’s youngest fleets, as we look ahead, we have the opportunity to make Canada a leader in SAF production, creating clean energy jobs and ensuring the critical service we provide is responsible and sustainable.”

“Sustainable aviation fuel is the fastest, most effective means we have to reduce the greenhouse gas emissions from air travel. Neste is ready to play its part to support the Canadian industry’s aspirational goal of 10% SAF use by 2030,” says Thorsten Lange, Executive Vice President, Renewable Aviation at Neste. “We have been supplying SAF at the San Francisco International Airport since 2020. It is exciting that we are also supplying Neste MY Sustainable Aviation Fuel to WestJet at the airport, enabling passengers to lower their carbon footprint from air travel.”

The WestJet Group’s fleet has an average age under 10 years and is among the youngest of established North American carriers. Strengthened by WestJet’s recent announcement with Boeing to purchase an additional 42 737-10 aircraft plus 22 options, the airline continues to demonstrate an ongoing commitment to expanding responsibly.

Earlier this year, WestJet announced a new partnership with Aero Design Labs to modify the airline’s 737-700 NG aircraft for greater reduced emissions and improved fuel efficiency. As the largest 737NG operator in Canada, it’s anticipated that the modifications will reduce overall fuel burn through drag reduction and lead to long-term cost savings and reduced carbon emissions on the 737-700 aircraft. 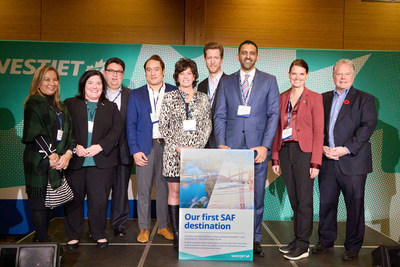 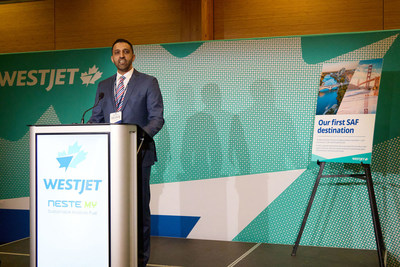 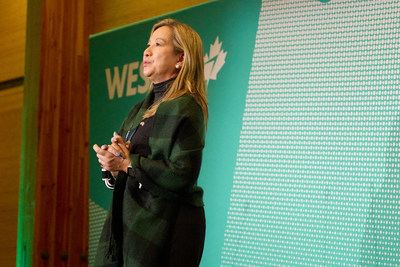 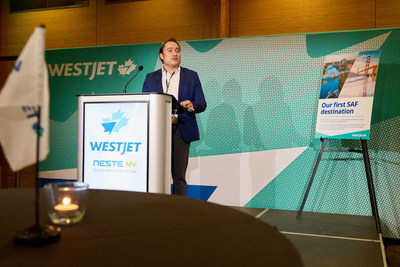